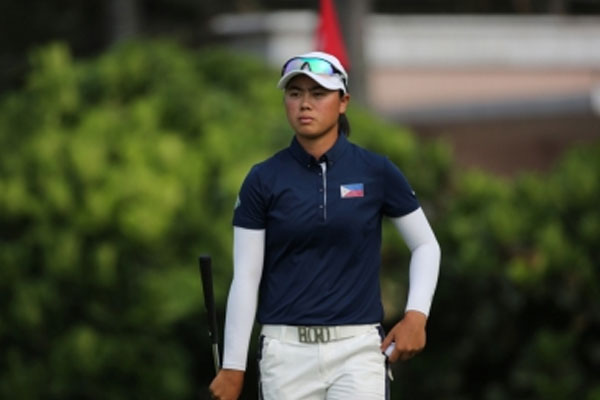 Saso climbs to No. 8 in world rankings

Yuka Saso boosted her world ranking after finishing at joint ninth place in the recently-concluded 2020 Tokyo Olympics where she was tied with five other participants, according to a report by GMA News.

The Filipino-Japanese golfer is now at no. 8 in the latest Rolex women’s golf rankings, making a two-spot jump, with a tally of 200.39 points anchored on 34 events played.

Still at top spot is Nelly Korda of USA, who bagged the gold medal in the Summer Games after firing 17-under par 267 in the 71-par course.

Saso, who captured the 2021 US Women's Open, had an impressive run in the Tokyo Games.

She capped off the opening round at a surprising 47th place at 3-over par while wrapping the second round up with 68 to improve her standing to 34th place.

In the penultimate round, Saso finally found her footing after she carded 4-under par 67 to leap 14 places higher while she climbed 11 places higher in the fourth round after hitting 65.

Saso is tipped to compete in the Women’s Scottish Open on Thursday, August 12, with her tee time set at 3:20 p.m. (Manila time).