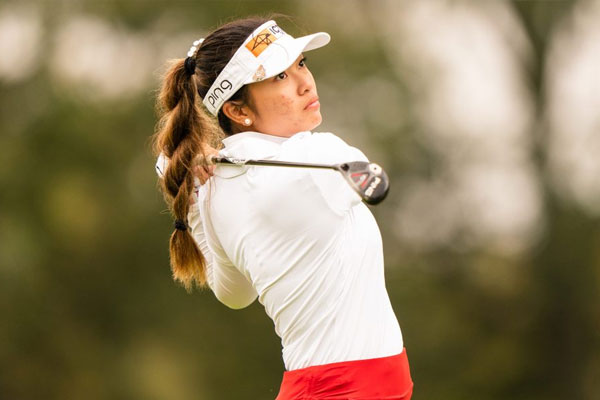 Bianca Pagdanganan is open to playing against male golfers if given the opportunity.

“I’ve never thought about that, but if the opportunity arises, why not? If they hand me the invite, I would accept it. That would be pretty cool. But I wouldn’t force it,” said the 23-year-old LPGA rookie who has been named Smart brand ambassador.

“We chose her because we can see that she can compete at the world stage, “Turcuato said.

Pagdanganan said she’s honored to be chosen by Smart and hopes to inspire young golfers.

Set to leave early February, Pagdanganan said her goal this season is to keep her card and get more Top 10 finishes.

By placing in the Top 80 at the end of the season, Pagdanganan said she would earn full-exempt status that will enable her to play more tournaments.

Last year, Pagdanganan was able to play 10 events, missing the cut only once and earning more than $200,000.

The first full-field LPGA tournament is set 25 February at the Gainbridge LPGA in Orlando, Florida.

Pagdanganan made her mark in the LPGA with her prodigious length, inviting the possibility of competing against men.

It will not be the first time a woman will play against men in golf. Michelle Wie and Annika Sorenstam did that in the past.

But Pagdanganan still needs to work on her short game and putting.

“Putting is always the most important thing. As they say, drive for show, putt for dough,” she said.

Despite the uncertainty surrounding the Tokyo Olympics, Pagdanganan is hoping that the event pushes through.