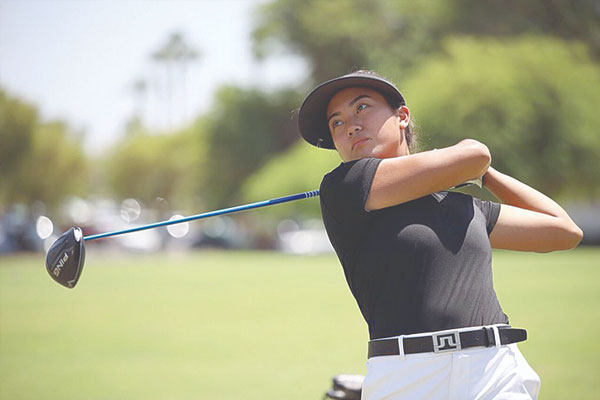 Bianca Pagdanganan is set to fly to the United States on Sunday to continue her preparations for her second year in the Ladies Professional Golf Association (LPGA) Tour.

The 23-year-old superstar will be accompanied by father Sam. They will set up camp in San Diego, California.

Since she still carries a non-exempt card, Pagdanganan’s participation in the Gainbridge LPGA Championship on 25-28 February in Orlando, Florida still hangs in the balance.

Her best chance to get into the tournament will be at the Kia Classic slated on 25 to 28 March in Carlsbad, California. She’s the No. 4 reserve.

Another option for Pagdanganan is to go through Monday qualifying.

Last season, she played 10 of 20 LPGA events, making all but one cut, including two Top 10 finishes.

The LPGA has scheduled 34 events across North America, Europe and Asia this season beginning with the recently-concluded Diamond Resorts Tournament of Champions in Florida.

Pagdanganan returned to the country in time for the New Year and spent time with family and friends.

In between, she fulfilled numerous obligations with sponsors and accommodated media interviews.

Her departure to the US will afford Pagdanganan a chance to train full time.

She has replaced her driver, set of irons and putter in a bid to improve consistency.

Pagdanganan is LPGA’s longest hitter, but ranks poorly in driving accuracy and greens in regulation.

Both concerns are being addressed during the break, according to swing coach Carito Villaroman.