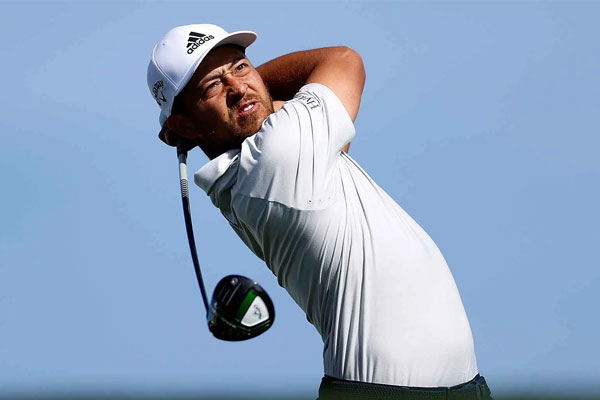 Xander Schauffele is on one of the PGA Tours hottest streaks in the early portion of 2021. / Getty Images

He hasn’t broken through with a win quite yet, which makes it easy to forget that Xander Schauffele is on something of a heater.

Since the U.S. Open in September (the first event of the 2021 Tour season), Schauffele has been red-hot. His finishes during that span feature no wins, but a bevy of top results — 5th, 2nd, T17, T17, T5, T2, T2. No, your eyes do not deceive you — Xander Schauffele has gone five months since his last sub-T20 finish. Not half-bad for the former PGA Tour rookie of the year … or his bank account.

After almost half a year in contention, Xander says the catalyst behind his recent run on success is something simple. He says if he’s thinking about his score, that’s bad news. He’s at his best when he’s able to simplify his mindset.

“I never really felt [like I turned] a corner,” he said at the Waste Management Phoenix Open last weekend, where he recorded another runner-up finish. “I just hung in there. I just stayed patient and worried about — whenever I’m playing really good golf I really have no idea what my score is at. Just kind of worry about every single shot, I get lost in my zone or whatever you want to call it.”

But getting into the zone is one thing, staying there for longer than a handful of rounds is something completely different. And this year, Schaufelle is staying there: He ranks second on Tour in Strokes Gained, and no lower than 31st in any of the individual strokes gained categories.

Among the X-Man’s X-factors in the early part of 2021 has been his new gear, including a Callaway Epic Speed driver that he has been striping with confidence. “There’s really nothing like the ball speed,” Schaufelle told GOLF.com earlier this year. “You can tell that there’s something different about the design, and it’s so consistently long.”

“I’m excited I’m playing well,” Schauffele said after the fourth round. “I think the game is getting to a better level. Today just a few short-game shots kind of cost me, and I think that’s the big hole in my game.”

His driving, on the other hand, appears to be sorted.

This article was originally publsihed by Golf.com